I am very concerned about the closure of North Harbour Medical Practice. Just a month before the announcement a merger with another practice was being considered. I had raised concerns with the Integrated Care Board (ICB) about the lack of contingency planning over winter if something happened to the building. There was no mention of the practice closing. Healthwatch were also not notified that the decision to close was under consideration. The original plan had been for the surgery to move somewhere near the High Street while a refurbishment took place, and there are already advanced plans for a new building in the Cosham area that would have replaced the existing building. The ‘migration’ of 10,000 patients into a system operating at capacity in just a few months is also unrealistic, in my view.

After raising my concerns I met with the ICB to discuss this on 21st December. I also invited local Councillors and Healthwatch to that meeting. The Portsmouth Primary care Alliance were also present.

The ICB’s plan is to move patients to other practices in the area. Most of the patient list would be taken on by Drayton Surgery and by the Portsdown Group. Other surgeries would also take on small numbers of patients. The plan to build a new facility is still live but is not expected until 2024.

Both myself, as constituency MP, and Healthwatch remain concerned about the viability of the current ICB plan to migrate patients to a new practice and we hold concerns regarding the quality and continuity of care. We have raised specific concerns and made several requests, including:

There was also a discussion around longer-term things that could be done to help recruit and retain Doctors and other healthcare professionals in Portsmouth.

We agreed that we should:

Our next steps will be a further meeting in early January 2023. It was agreed that the ICB would not issue further patient letters prior to that meeting taking place. This would be in order to give everyone comprehensive information about all that was being done, including any progress in retaining a site in Cosham.

The ICB will give Penny and Healthwatch information on:

I recognise there would also be other questions from the public regarding the migration to another practice and how their prescriptions would work during and after the move and I have asked such FQAs are prepared by the ICB now. I intend to inform people on my website or mail them directly if they get in touch.

Finally, I stressed that commissioners must recognise that Portsmouth, as a major city, has a huge volume of often above-average needs. It needs to focus on recruitment, continuity of care and providing an estate that is suitable.

I have raised these concerns with the Secretary of State for Health who is following up with the ICB and I will continue to monitor this. I keep everyone updated via this site and social media and if you wish to be emailed or be written to directly please register below. 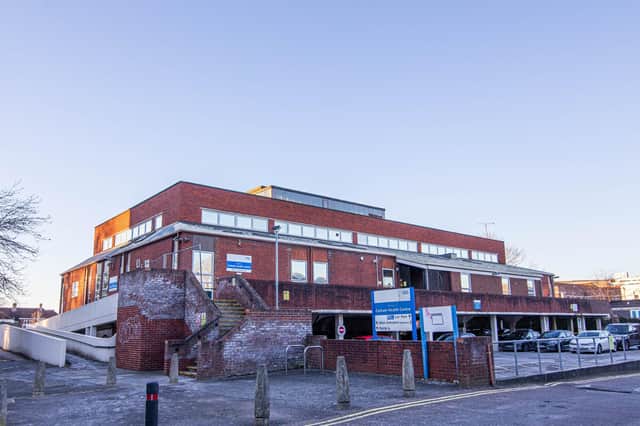 Dear Resident, I wanted to write to you to provide you

Disappointing though this decision is, I remain

Freedom and fairness should be at the heart of all we do.

We need your help to identify if there is public

Penny Mordaunt has held a further meeting with local